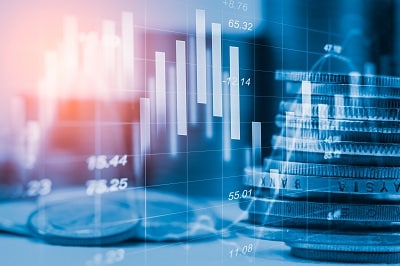 The Andorran Minister of Finance, Eric Jover, within the framework of the Andorran tax reform, informed at a press conference on 13 April 2022 on the approval by the Government of the legislative modification of the fiscal regime on corporate taxation. In this regard, he commented as follows: “It should allow us to accelerate the pace of recovery of the debt position we had. It is very important to increase financial resilience and to have a certain buffer capacity as soon as possible in order to be able, if necessary, to re-establish measures to help the economic fabric and our citizens“.

One of the new features of this tax reform in Andorra is that all companies that generate profits will have to pay corporate income tax, introducing a minimum effective rate of 3%, regardless of existing deductions and compensations. Until now, thanks to the deductions that companies in Andorra could take advantage of, there are companies that close the fiscal year with profits and yet do not pay corporate tax. With this change, it is estimated that 6.8 million additional revenue will be obtained for the public coffers from 2024.

Another of the changes in the Andorran tax reform is related to companies with a turnover of more than 750 million euros, as they will have to pay 15% of profits in corporate tax. As Minister Eric Jover indicated, this change “will not have much application in Andorra because it is not the type of company we have“.

Why is there a tax reform in Andorra?

Andorra’s tax reform will serve to compensate the public coffers that have been hard hit by the COVID 19 pandemic and to recover a favourable debt position to face another crisis that may come in the future. On the other hand, the changes will also help Andorra to move towards international homologation, moving closer to international standards and fulfilling its international commitments.

Is the tax reform in Andorra temporary?

These proposed changes in Andorra’s tax reform are not part of a package of measures to solve a special situation. They are important changes to steer the country towards international compliance and sustainability, without losing its competitiveness vis-à-vis other jurisdictions.

When will the Andorran tax reform come into force?

The tax reform in Andorra is expected to come into force from fiscal year 2023, which means that the first settlements will be made in 2024.

What changes will there be in the tax reform regarding capital gains tax in Andorra?

Law 21/2006 on capital gains tax on real estate transfers in Andorra will be repealed. It will therefore cease to be an independent tax and will be integrated into other direct taxes such as corporate income tax, personal income tax and non-resident income tax (IRNR). In addition, a threshold is established (minimum number of properties or income from rental income) at which income from real estate will be considered as income from an economic activity.

A new IGI (Andorran VAT) refund system is introduced, which will be carried out after each settlement period depending on the type of company: monthly, quarterly, half-yearly or annually. Currently, IGI is refunded once a year.

What will be new in the tax reform on deductions in Andorra?

The existing deduction for new investments in Andorra will be transformed into a 2% deduction for digitalisation projects. The deduction for new hires registered with the Andorran Employment Service, with a minimum permanence of 1 year, will be €1,000 per person, which can be increased to €3,500 per person if the person belongs to the so-called vulnerable groups: over 55s, under 25s or with a disability recognised by the CONAVA (National Assessment Commission).

Finally, there will be a deduction for renting housing in Andorra. There will be a reduction in the tax base of 2% of the income from renting a home as a habitual and permanent residence in Andorra, provided that the rent is less than €900 per month.