2022 starts with a growth in the population of Andorra 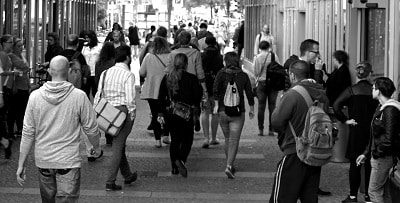 The population of Andorra grew to 79,535 inhabitants. This is indicated in the annual report of the Departament d’Estadística del Govern d’Andorra published on 17 January 2022. The report provides data on the population in Andorra up to 31 December 2021. Compared to the previous year’s results, Andorra has 1520 more inhabitants. This represents an increase of 1.9%.

As for the distribution of the population by nationality, the increase is concentrated in the group of other nationalities, with 657 new residents, representing an increase of 7.9%. Spanish residents accounted for 505 new registrations, an increase of 2.6%. Andorran nationals accounted for 430 more people, up 1.1%, and French nationals rose by 3.7%, increasing by 126 inhabitants. In relation to Portuguese nationality, last year there was a reduction of 198 people, which implies a decrease of 2.2%.

In terms of age, the majority of the population is concentrated between 40 and 59 years of age in both sexes. Perhaps a worrying fact is that the trend in the last 3 years has been that the number of inhabitants between 0 and 4 years of age has been decreasing. This is what the report shows in this age group with 2680 children in 2019, 2550 children in 2020 and 2416 children in 2021 with a negative variation of 5.3% compared to the previous year.

You are welcome to examine in depth this report about population estimates 2021 written in Catalan.