Andorra Solutions > Our Blog > Living in Andorra > Why is the price of electricity in Andorra one of the lowest in Europe?

Why is the price of electricity in Andorra one of the lowest in Europe? 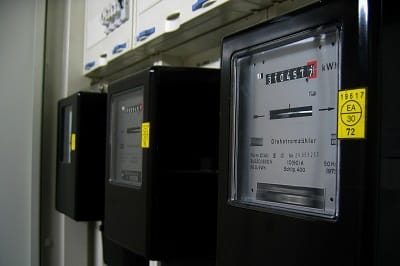 The Minister for the Environment, Agriculture and Sustainability of Andorra and President of FEDA, Sílvia Calvó Armengol, recently explained the reasons why electricity bills in Andorra are cheaper than in many European countries.

On the other hand, the Government and FEDA have kept the price of electricity the same as in 2020, and the will is that in 2022 it will remain the same. This is a clear commitment and effort to support families and companies that, during the economic and social crisis caused by COVID-19, have received this help from Andorran public institutions.

Another important aspect to understand why Andorra’s electricity bill is not affected by price rises in neighbouring countries is the agreement it has signed with the French electricity company, EDF, since 2019. It guarantees that part of the energy coming from France has a fixed price that is not affected by market price changes. Then, in 2020, a similar agreement was signed with the Spanish electricity company ENDESA, also guaranteeing a fixed purchase price on part of the electricity coming from Spain. In addition, FEDA is able to produce electricity during the hours when it is most expensive for its suppliers, avoiding buying when the price is highest. This reduces the impact of the international rise on the country.

Incidentally, most of the electricity produced in Andorra is hydroelectric, although there are also mini-hydro and photovoltaic installations, among others. Andorra’s intention is to continue investing in the energy transition and increase local production to cover 50% of local demand.

Electricity prices in Andorra are among the lowest in Europe. In 2020 it was 68% cheaper than Spain and 43% cheaper than France. Compared to the European average, it was 58% cheaper.

Despite the above, FEDA will still have to pay more than before for electricity purchased from outside. This means an obvious reduction in profits this year and probably next year as well. However, thanks to the Andorran electricity company’s healthy finances, FEDA’s commitment to its customers will not be affected by the rise in electricity prices in Europe. Moreover, the transition to a more sustainable energy model will allow Andorra to continue to maintain the quality and competitiveness to which Andorrans are accustomed.