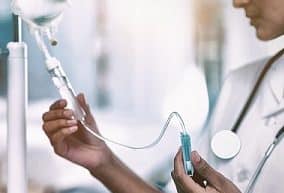 Like most countries in mainland Europe, Andorra has compulsory public with an optional private healthcare. Andorra’s social security system funds the healthcare system. In 2017, The Lancet published a the Healthcare Access and Quality Index (HAC). It ranked Andorra number 1 in the world with a HAC score of 95/100. In 2010 a Commonwealth Funded report found that Andorra’s public health care system ranked 4th globally for equality, efficiency and entrance care. Healthcare, it is funded by its citizens and residents – individuals in employment, unemployment, those in receipt of a pension payments and employers.

In 2001 The World Health Organization (WHO) reported that life expectancy in Andorra is really high – 82.9 years for women and 76.2 years for men. CNN reported in 2009 that it was, ‘good health care, clean water, proper diet, plenty of exercise and a low-stress, positive life’, that are major contributing points to this.

How to get health coverage in Andorra

As a resident you get access to the healthcare system by joining the Andorran Social Security System (Caixa Andorrana de Seguretat Social (CASS)). Most of the principality, 92 % of its inhabitants, are covered by its social security. It is thought those not covered are most likely to be passive residents, but they are required to be covered by private insurance.

One may be employed or not to register for social security. To be covered by employment, it must be by an Andorran company or a foreign company. The unemployed may opt into CASS paying a contribution of EUR 200 to 400 per calendar month. Having Andorran social security is not stand-alone healthcare coverage. It covers accidents in its neighbouring countries in France, Portugal and Spain. Note one is only covered if the CASS are notified before travel and the medical bills are sent to CASS for reimbursement.

How much do you pay for healthcare in Andorra?

Coverage covers part, not all, of healthcare costs. From CASS contributions 75 percent of the cost is reimbursed for outpatient medical and 90 percent for hospital expenses. Work related injuries and giving birth are covered 100% by CASS.

It is compulsory for new Andorran company employees to be registered with the CASS. An employee pays 6-9% of their salary and the employer 15.5% to their social security contributions.

When treated by a doctor, individuals are given a stamped form and receipts. Reclaiming these expenses is via a local CASS office with all documentation. Reimbursement is via bank transfer.

The Andorran healthcare network is quite big considering the size of Andorra. There is a principal 200 bed state-owned hospital (Hospital Nostra Senyora de Meritxell).

Around the principality there are 10 healthcare centres providing very high standards of care. They are open during the week but rarely on the weekend. Centres provide preventive care, immunizations, first aid, antenatal and childcare, family planning and general counseling. One may receive urgent attention by visiting a health centre or having a house visit without an appointment. Elderly patients may be cared for in a 50 bed private geriatric centre (Centre Geriàtric Sant Vicenç d’Enclar).

Andorra has one of the largest ratio per capita of pharmacies to population in the world. In the principality there are 50+ pharmacies providing prescribed and non-prescribed medications and health supplements.

Is it recommended to get private health insurance?

It is recommended to seek out health insurance. It allows access to private clinics and healthcare. It has been estimated that about 25 percent of the population have private health insurance for its benefits. Private doctors are legally allowed to conduct surgical and diagnostic operations in a hospital.

What type & when do most accidents in Andorra happen?

What are the largest mortality causes in Andorra?

For the native population tumours, cardiovascular and respiratory diseases are reported to cause the most deaths. Infant mortality is very low. In 2018 CIA World Factbook recorded it was 3.6 deaths/1,000 live births.

This website uses cookies to improve your experience while you navigate through the website. Out of these, the cookies that are categorized as necessary are stored on your browser as they are essential for the working of basic functionalities of the website. We also use third-party cookies that help us analyze and understand how you use this website. These cookies will be stored in your browser only with your consent. You also have the option to opt-out of these cookies. But opting out of some of these cookies may affect your browsing experience.
Necessary Always Enabled

Any cookies that may not be particularly necessary for the website to function and is used specifically to collect user personal data via analytics, ads, other embedded contents are termed as non-necessary cookies. It is mandatory to procure user consent prior to running these cookies on your website.