The 5 lowest VAT rates in Europe 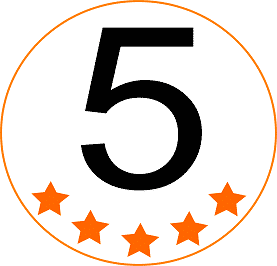 There is no agreement between the European Union countries that guarantees a harmonization of the Value Added Tax rates existing within the Community. As a consequence, each country can freely choose to have one or several VAT rates on some goods or services.
It leads to a great difference between the rates charged in each country, especially if the scope of comparison is expanded to the whole European continent. Andorra Solutions presents you the 5 lowest VAT rates charged in Europe, taking into account also the non-EU countries.

#5 – Standard VAT rate of 19% charged in Germany, Cyprus and Romania

Germany charges a standard VAT rate of 19% and a reduced rate of 7%. The reduced VAT rate applies for basic goods such as bread, medicines, equipment for people with disabilities, people transportation, admissions to sporting events, social works, jewelry, works of art and collectibles, among others.
There are also several VAT rates in Cyprus. Even if the standard rate is of 19%, two reduced VAT rates of 5% and 9% are also charged in the country. The 5% rate is charged on basic foods and medicines, books, newspapers and magazines, as well as on entrance tickets to theatres, museums, circuses, festivals, sporting events, and on refurbishment works after at least three years of residency. With regard to the 9% VAT rate, it is charged on catering services, hotel accommodation and tourist apartments.
Romania charges a standard VAT rate of 19%, but two reduced VAT rates of 5% and 9% for basic foods, medicines, hotel accommodation, restaurants, books, among others.

#4 – Standard VAT rate of 18% charged in Malta, Belarus and Macedonia

The standard VAT rate charged in Luxembourg is of 17% now, whereas it was only of 15% until January 1st, 2015. Nevertheless, that increase doesn’t affect the leading position of Luxembourg as the first European Union member state with the lowest standard VAT rate.
Luxembourg also has several reduced VAT rates: an intermediary VAT rate of 14% is charged on goods deliveries and services, a 8% rate charged on sewing alteration services, shoemaking, window cleaning and cleaning in private households companies, but also on energy distribution companies (electricity, heating and gas). Finally, Luxembourg is keeping its ‘super-reduced’ VAT rate of 3% on foods, soft drinks, the acquisition of a principal residence or for refurbishment works.
There is a standard VAT rate of 17% charged also in Bosnia-Herzegovina, however some transactions are exempt from VAT: some public services, medical and health services, as well as some financial services are exempt from VAT in Bosnia-Herzegovina.

Switzerland positions itself as the second European country with the lowest VAT rate with a standard VAT rate set at 7.7%. However, there are several reduced VAT rates charged in Switzerland. A reduced rate of 3.7% is charged on accommodation and tourist services. In the meantime, a 2.5% VAT rate is charged on basic foods and agricultural products, as well as on water and cultural and sporting events.

Andorra is the most attractive country on the European continent in terms of VAT rates. The standard rate is the only one charged in the Principality, there is no reduced rate in Andorra. The standard rate of 4.5% is charged on all goods and services without distinction. This is one of the reasons why the Andorran taxation system is one of the most attractive in Europe, so creating a company in Andorra has many advantages.